Kangaroo Paws, or plants of the genus Anigozanthos, are an absolute delight to grow in your garden. Their long flower stems burst into colour during Spring and Summer, and their strappy leaves fill in an area really well.

But to get the absolute best from them they must be cared for and pruned, and we’re here to help you learn how.

Pruning Kangaroo Paws when in flower 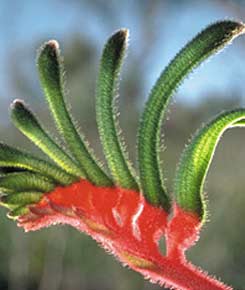 There are a few good times that you can prune Kangaroo paws and the first is during flowering. You really want to cut the flower stems right off as soon as the flowers are starting to look less appealing.

This pruning before the flowers have died entirely encourages the plant to produce new stems and flower again, giving you a second or sometimes if you are lucky even a third showing during a flowering season.

Clip the stems off right at the base of the plant at as close to a 45 degree angle as possible. This reduces the risk of disease and pests causing trouble.

Doing this for every flower stem will both increase the health of the plant and also give you great flowers to boast about.

Pruning Kangaroo Paws at the end of the flowering season

When your Kangaroo Paw has finished flowering (usually mid to late summer or early autumn) it is a very good idea to give it a solid prune. The main tip for the post-flower pruning is to cut any growth with any ‘browness’ right out. Don’t just cut the tip off, take the whole lot off right down to the base.

The good thing about Kangaroo Paws is that most of what is important for it’s growth is under the ground, so this means you can get away with being a bit rough in the pruning. Leave any small green shoots and a few of the larger ones leaving at least 1/3 of the plant  to keep it kicking over the winter period.

Pruning Kangaroo Paws is not terribly difficult because you really would struggle to be too harsh in pruning them. Good luck and I hope this helps! 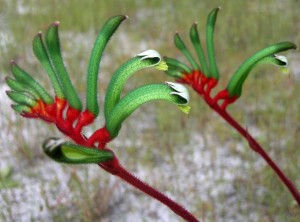 The Anigozanthos manglesii is happiest in a position that receives full sun. When in good conditions this variety really thrives and will grow to have flowering stems up to 1 metre in height. This plant will usually last for a few flowering seasons, normally up to 3 or 4, but is not a bad idea to replace after the 2nd flowering season.

The bold red and green coloured flower really helps it stand out when mixed with other varieties but can also look absolutely fantastic if many of the same variety are planted together.

I once saw a great example of this just outside Kings Park in Western Australia. A whole batch, no less than 100 plants I would say, were planted close together on an island in the road and really made quite an impression on passing motorists.

A tip with any Kangaroo Paw is to remove the stems after flowering as this promotes new growth and speeds up the next batch of flowers. 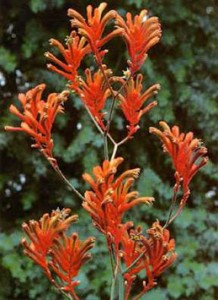 The Anigozanthos flavidus actually comes in a few different sub-species but the best sub-species boats beautiful orangey red flowers, so that is the variety that I am recommending.

This variety is generally smaller than manglesii (red and green), normally growing no higher than 50cm so if you are planting it together with that variety it is best to be placed on the outside.

This variety makes for an absolutely fantastic border plant as well, especially along the side of a path from your front gate to your front door. Attracts birds, in particular the honey eater.

I have grown this variety and have always been very happy with the results. The fact that is also has a slightly different flowering season to the manglesii means if planted together (perhaps with some other varieties as well) you are increasing the chances of having at least a few of your Kangaroo Paws flowering at any given time of the year! 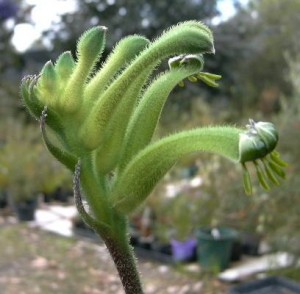 This variety is another of the larger in the Anigozanthos family, with flowering stems up to 1m high. Obviously the main difference between this species and the other featured is it has green flowers as well as foliage.

However what it great about this variety is the green flower is a much lighter green colour than the stems. The best use I have seen for this variety is when placed between two other varieties.

For example I once saw a patch of Red and Green Kangaroo paws clumped together, surrounded by the viridis Kangaroo paws and then another, smaller variety with yellow flowers.

The light green flowers of the viridis really helped to create an amazing visual contrast between the Red & Green and Yellow flowering varieties. Having said this I would say the viridis doesn’t look as good by itself, so it is best when planted amongst other varieties. 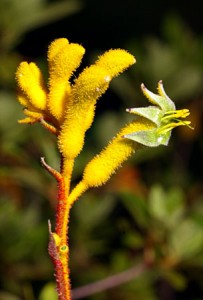 This variety is “a hybrid kangaroo paw bred by Mr S Haynes and released in the early 1970’s”.

I myself have not grown this variety so am recommending it based on the picture alone! From its description it certainly sounds like one a very tall growing variety, with flowering stems as large as 1.8m tall!

This is very tall for a Kangaroo Paw! Like most Kangaroo Paws it will grow best in a full sun position.

So You Want A Better Garden?

All our best articles have been collected into our  ultimate gardening toolkit – make sure you take a look, there’s a heap of great gardening advice available.

Stay tuned to this page as we are currently getting the content updated so you know exactly when to plant, where to plant, how to water. Pretty much how to plant grow and care for kangaroo paw plants.