Wahlenbergia gloriosa which is Latin for “glorious” or “superb”, describes this beautiful violet blue wildflower perfectly.

The Australian Capital Territory adopted the Royal Bluebell as their floral emblem in 1982 due to it’s striking features, horticultural design and merit and stylish representations.

About the Royal Bluebell 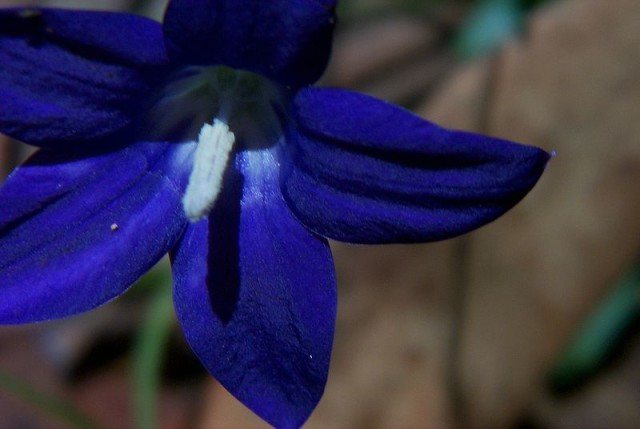 A slight perennial herb, the royal bluebell is found primarily in the sub-alpine woodlands of Australia and is a legally protected plant.

The Royal Bluebell can be planted any time of the year excluding the hottest point of summer, but grows best when planted in the spring since natural flowering usually occurs from October through March.

The Beauty of the Royal Bluebell

The Royal Bluebell is 3 centimeters in length on average with five petals that are edible and make great additions to salads. The rich purplish blue colored flower is surrounded by dark green leaves that are oblong in shape with wavy edges.

How to Plant the Royal Bluebell

There are three techniques used in planting the bluebell: cuttings- where portions of the roots and stems are removed from the plant and set, seedlings- seeds are collected and sown in punnets until germination occurs, then the seedlings are transplanted into gardens and division- transplanting small plugs directly into your garden.

A welcomed addition to any garden, the Royal Bluebell compliments all flowers and doesn’t require extensive attention or care making it one awesome Aussie bloom!